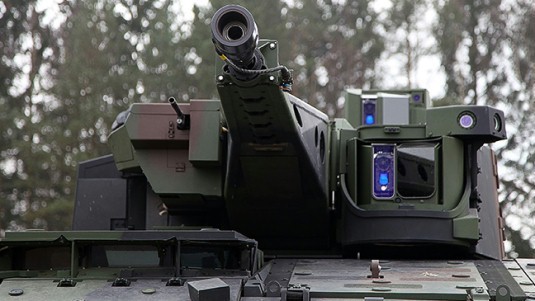 The development of the prototype of the new weapon was completed in May 2016. The tests of the gun are said to begin in the near future.

According to the German company, the weight of the gun makes up about three tons, the barrel weighs 1.4 tons. Representative of the company said that the piercing performance of the new weapon was increased by ten percent in comparison with the gun of such tanks as Leopard 2A5 and Leopard 2A6. The new gun will be able to counter state-of-the-art combat vehicles, such as the T-14 Armata and latest modifications of T-90 tank.

For the new gun, Rheinmetall develops two types of shells: the arrow-shaped finned hard core projectile, as well as the high-explosive time projectile.

The world's largest international exhibition Eurosatory 2016 opened in Villepinte, a suburb of Paris. The arms show attracts more than 1,500 defense companies from 57 countries of the world.