A man bends and puts trousers off at US military parade in Czechia. Video 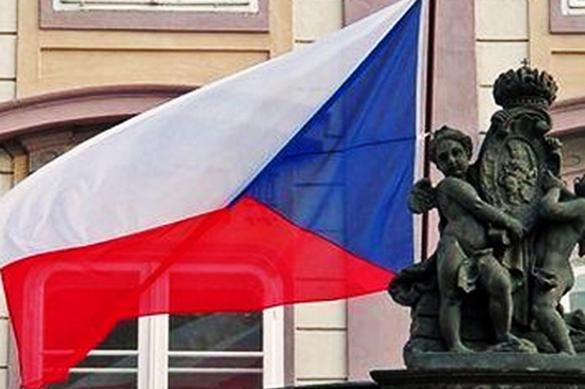 A man in military uniform tried to stand in the way of the US military equipment, as the troop convoy was going down streets of the Czech city of Vyskov. He put his trousers off and demonstrated his buttocks to the military, the Parlamentní Listy reported.

The man was swiftly detained. Along with him people with national flags of the Czech Republic observed the move.

It should be noted that the American troop convoy is passing through the Czech territory, heading for the Saber Strike-2016 drills, which are taking place in the Baltic states.