G7 agree to extend and tighten sanctions against Russia 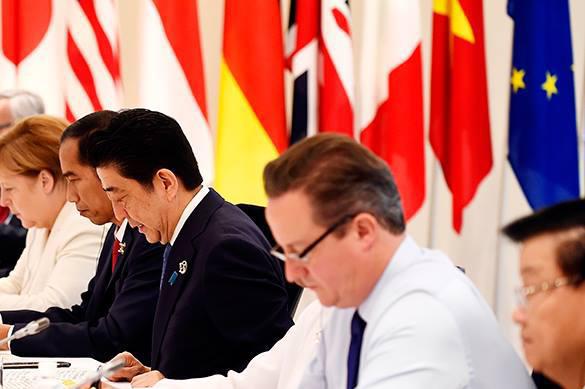 G7 leaders have predictably agreed to extend sanctions against Russia in June, British Prime Minister David Cameron said Friday at the press conference following the summit that ended in Japan.

According to Cameron, the G7 members have agreed that anti-Russian sanctions would be kept in effect until the Minsk agreements are fully implemented.

At the same time, the members of the Group of Seven are convinced that it is vitally important to maintain dialogue with Russia. Sanctions can be lifted from Russia when Moscow executes its obligations under the Minsk agreements.

It was also said that the sanctions against Russia could be tightened, if needed.

During the first day of the summit, the G7 leaders discussed the issue of sanctions against the Russian Federation. German Chancellor Angela Merkel said that it was too early to lift them, while European Council chairman Donald Tusk said that the EU would extend the restrictive measures against Russia.

European sanctions against Russia expire on 31 July. The question of their extension has not been discussed yet.