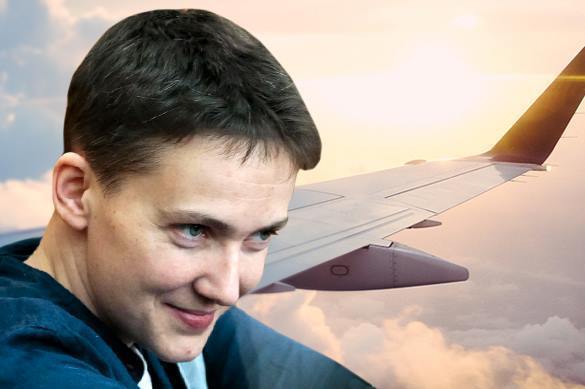 The plane carrying Nadia Savchenko has landed at the Boryspil airport near Kiev. An hour before that, a plane with Russian citizens on board - Alexander Alexandrov and Yevgeni Yerofeyev - has landed in Moscow at Vnukovo. In ukraine, the two Russians were referred to as "GRU fighters" (GRU is a Russian acronym for Main Intelligence Directorate of the Russian General Staff).

Russia has thus exchanged Nadia Savchenko for two Russian citizens, who were arrested in Ukraine.