In Poland, schoolchildren learn how to live happily as NATO member

In Poland, children will take NATO lessons, at which they will obtain knowledge about the role of the North Atlantic Alliance in Poland. 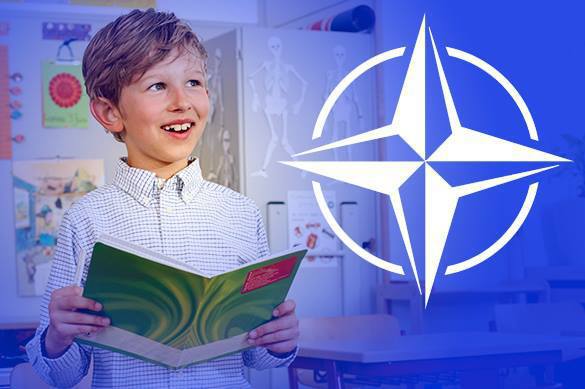 The authorities plan to give NATO lessons to children for two months, The Financial Times reports. The Polish authorities believe that Poland receives benefits from being a member of the world's most powerful military alliance. However, Russian officials are convinced that letting foreign military in to feel safe afterwards is a road to nowhere.

Polish students will thus learn how the Poles were fighting in Afghanistan and why NATO bases appeared in their country.

Local libraries have already received new textbooks on the subject.

According to RT, the point of the lessons is to reveal the key role of NATO in the independence of Poland.

Recently, Polish Foreign Minister Witold Waszczykowski said that Poland needed more than just a few NATO military battalions. The department decided to increase the number of NATO battalions in Poland and in the Baltic States.

Russia believes that the ongoing strengthening of NATO has exhausted itself. Permanent Representative of Russia to NATO Alexander Grushko believes that the NATO model should remain in the past, as the alliance can not expand endlessly to the east and put pressure on neighboring countries.