Today large-scale NATO drills called Brilliant Jump have been started in Poland. Over a thousand of the alliance's military men will exercise interoperability and swift deployment in case of an adversary's attack. Presumed aggressor is Russia. 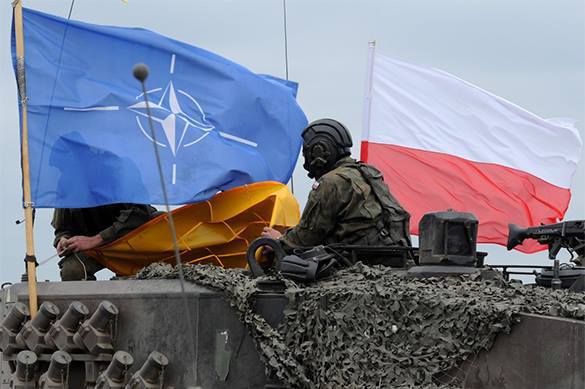 Several battalions from different countries will take part in the exercise.

Before that, generals of the alliance used to note vulnerability of the rapid reaction forces in the Eastern Europe. They believe that the NATO's divisions in the Baltic States will have nothing to oppose the Russian army in case of an aggression.

As Pravda.Ru reported, the Noble Partner large-scale international drills were started in Tbilisi on 11 May, where the US, British and Georgian military will take place. The goal of exercise which is held in the territory of the former Soviet military base Vaziani is to prepare the Georgian contingent to participation within the NATO's rapid reaction forces. The drills will be finished on 26 May.

Colonel General Leonid Ivashov told Pravda.Ru which asymmetrical response Russia should give to clear preparations to a war.