The Turkish Prosecutor General demands two life sentences for a Greek pilot Thanos Grivas, as he downed a Turkish fighter F-16 over the Aegean Sea in 1996. The Turkish officials expect that Grivas will be arrested by the Greek authorities, T24 TV Channel reported. 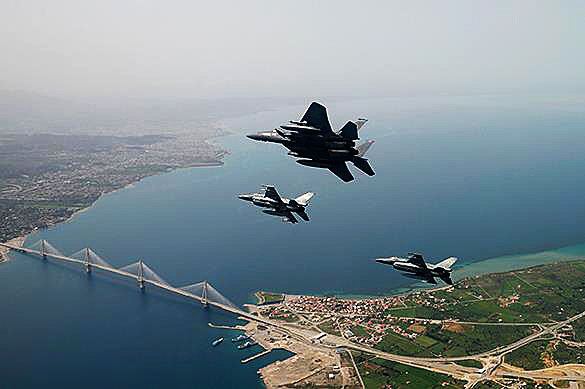 The Prosecutor General concluded that Grivas should be responsible for 'deliberate murder', 'acts directed at weakening of the state', and 'annihilation of the public property', that is the Turkey's Air Force F-16.

A corresponding letter requesting assistance to hold the Greek Air Force's officer accountable was sent yesterday to the Greek court.

Family of the dead pilot as well as the second pilot, who was injured, also demand a €1mln compensation.

The incident happened on 8 October 1996 when four Turkish bombers F-4 and two F-16 fighters violated the Greek air space as a sign of protest against the joint drills of Greece and Cyprus. One of the Turkish fighters lost control and fell into the sea as evading a Greek interceptor.

Turkey still keeps violating the Greek borders. On 17 May they violated the airspace of Greece for 42 times.

Given these investigations, it's quite difficult to catch the stance of the Turkish authorities, when a Turkish fighter launched a missile and downed a Russian aircraft Su-24 over the territory of Syria.

The pilot Oleg Peshkov was shot down from the ground after he had ejected. Turkey dropped all the charges against the killer Alparslan Celik given 'lack of evidence'.