President of Kazakhstan Nursultan Nazarbayev issued a warning on 5 May that under aggravated economic situation in the country, any attempts to repeat 'Ukrainian events' would be suppressed. 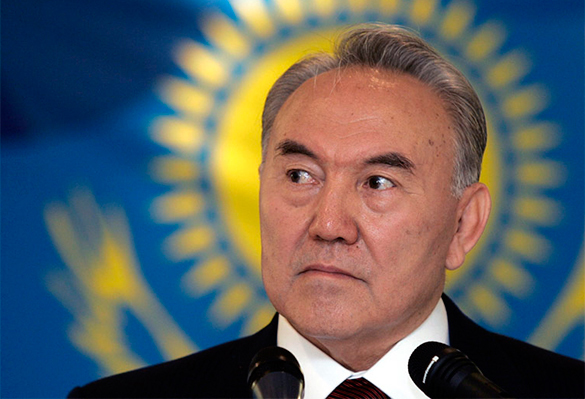 "Today we have not simple times. The Kazakhs do not want Ukrainian events, I know it, let everyone hear it. And if somebody wants to bring them here, we'll take the harshest measures. So that they are aware of it and do not say that I haven't warned them," Nursultan Nazarbayev claimed.

Such a reaction of the Kazakhstan's president was generated by protests against amendments to the Land Code, which allow foreigners to rent land for as long as 25 years.

Konstantin Zatulin, Director at the Institute of the CIS countries, commented Pravda.Ru on the current situation in Kazakhstan.

As the expert said, the President of Kazakhstan has just resigned several top officials, including the Economy Minister, who was responsible for those amendments. There was also discussed possibility to sell land to foreigners.

"That is why protests were arranged," Konstantin Zatulin noted in the interview. In particular, the Farmers' Union stood against and accused the Minister of Economy of not having interested in the public opinion regarding these amendments.

However, Zatulin believes that the case is not only in the Land Code. The Republic has some difficulties, as well as Russia given sanctions, although in fact they are not imposed on Kazakhstan. "Interconnection of the Russian and Kazakh economies is quite high and so, along with general raw material difficulties on the market, connected with drop of oil and gas prices, one can also speak of trade turnover reduction consequences, as well as other problems of the Kazakhstan's economy," the expert believes.

Here, the warning of Nazarbayev has its grounds and reasons. He has been the first and only head of the Republic since it became independent in the 90s. "He shows his ability to seize tendencies and prevent some events with his acts," the expert told Pravda.Ru.

Zatulin believes that Nazarbayev's warning is quite serious and evidences that there are problems in the economy and social sphere. "Thus, the President warns beforehand that any attempt to shatter stability in the country will be harshly suppressed. I think that there are grounds to believe him in this issue," Zatulin added.

The expert pointed out that events which had taken place in Zhanaozen several years ago, when force was used against striking foreign employees of oil and gas companies, prove that Kazakhstan's power will not hesitate to use force if it is needed not to allow any Ukrainian scenarios. "But I think that a Ukrainian scenario is hardly possible in Kazakhstan," Konstantin Zatulin believes.