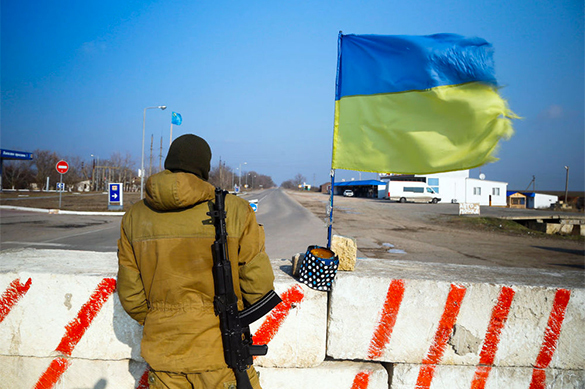 "We need to make every effort to tighten the blockade - to cut off the Crimean Peninsula from the mainland by making an artificial canal across the isthmus. The peninsula will thus become an island," the petition said.

The canal is said to be subsequently used for maritime traffic between the Sea of Azov and the Black Sea. Thus, according to the author of the petition, the vessels serving the port of Mariupol will be able to enter the world ocean bypassing the Strait of Kerch.

Pravda.Ru asked an expert opinion on the subject from member of the State Council of the Republic of Crimea, Vladislav Ganzhary.

"For Ukraine, Crimea has been an island for a long time already. The last connection between Crimea and Ukraine - the power line that supplied electricity to the Crimean Peninsula - was exploded in a terrorist attack. The Crimeans do not feel any connection with Ukraine. We are very pleased that we no longer depend on Ukraine in terms of energy. In Crimea, people can only giggle in response to fantastic ideas from Ukrainian policy-makers," the expert told Pravda.Ru.

Crimea has already experienced transport, energy and water blockades that Ukraine had arranged. The blockades have exhausted the possibilities to cause more harm to the peninsula. Now Ukraine generates petitions for unreal things that contradict to the norms of physics and geography.