Initial ceasefire became possible in Syria owing to Russia's efforts, US Secretary of State John Kerry said in an interview with CNN. 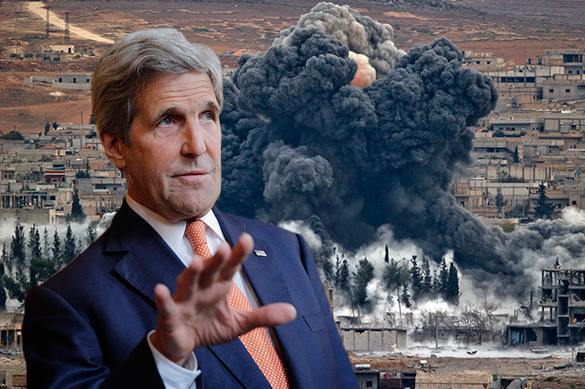 In the interview, Kerry explained Russia's vision of the political solution to the conflict in Syria may be "workable," but it was Moscow's participation in the conflict that "saved tens of thousands of lives." The US diplomat also said that nearly a million people were able to receive humanitarian aid.

"Literally tens of thousands of lives were saved. You can add it up: 200 people a day were being killed. That stopped for a period of time," Kerry said. "People hadn't received any humanitarian assistance for years. Almost a million people have now received humanitarian assistance, and so there has been some benefit to this. Is it perfect? No. Are there still problems to work out? Yes," he added.

Also read: Kerry in Moscow: The collapse of the pan-American world

Earlier, Moscow and Washington recognized progress in the process to resolve the conflict in Syria. The situation has been improving owing to the ceasefire regime. Russia and the United States will continue to work to increase the number of humanitarian corridors and reach a political settlement for the conflict in the republic.

It is not the first time when John Kerry shares his positive view of Russia's actions in Syria. In February, at a hearing before the Senate Foreign Relations Committee, the Secretary of State said that the ceasefire agreement in Syria would have been impossible to reach without cooperation with Russia.