Deputies of the French National Assembly supported lifting of the anti-Russian sanctions. 55 members out of 98 present, voted for, while 50 would be enough. 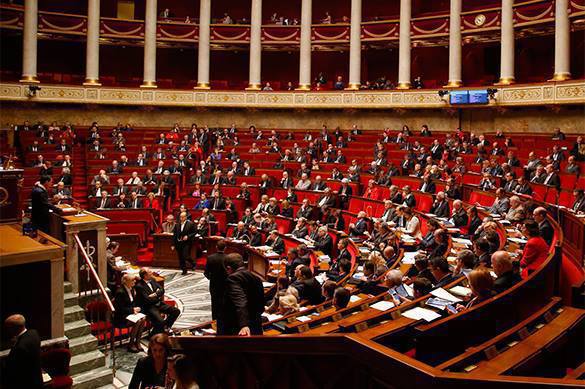 "Many deputies did not come purposefully, not to vote, as they are afraid of the reaction, which may be aroused by people who are under influence of the anti-Russian media," Dmitry de Koshko, chairman of the Coordination Council of Russian Compatriots in France, told Pravda.Ru.

He believes a surprising situation has come about in France. Its economy suffers huge losses because of the sanctions policy, entrepreneurs, farmers and common sensible people stand for their abolition. But authorities of the country are afraid of discussing this issue and hide behind Russophobian media.

Reaction of the President Hollande will be of the biggest interest, the expert is sure.

De Koshko noted that principal stance of the deputy Mariani was of significant importance, as he speaks openly about double standards of the French policy. "Mariani is a brave man. He is criticized, called to be a Putin's agent. However, he managed to unite 55 like-minded persons, who are ready to defend the voice of reason given anti-Russian political correctness," de Koshko told Pravda.Ru.