Iran says US bringing troops in Syria is act of aggression

Iran has taken the US bringing of troops into Syria to be an act of aggression, Hossein Dehghan, the Iranian Minister of Defence and Armed Forces Logistics reported. 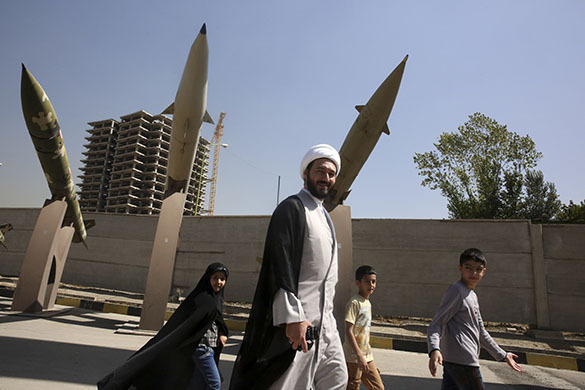 Dehghan stated that Iran did not consider possibility of armistice failure in Syria, and would continue fighting against terrorists till the end. There existed no Plan B for Iran in this issue, he noted.

"We have a certain idea and a certain goal. We are fighting with radical movements, which act in the territory of Syria, and which evidence absence of security and destabilization, which threat international security. We are dealing with that, so that the Syrian people could determine its fate in calm atmosphere, without intrusion of any foreign states, and expressing its will," he explained.

Head of the Iranian Defence Ministry confirmed that the country consults Damascus and helps to train the military. According to him, "our current presence in Syria is limited to consultations, assistance in planning, and help to train those who fight there - the Syrian people and the Syrian army".

He also pointed out that Tehran was ready to provide "any necessary assistance if the legitimate Syrian government requests it to safeguard Syria's sovereignty and national interests".

As Head of the Defence Ministry said, Washington's decision to deploy 250 mlitary men in Syria is an act of aggression.

"We believe its an intrusion and aggression and it contradicts with international law. Who invited the Americans to go there? What do they pursue there?" Dehghan wondered.