A party of pro-Western PM has won general elections in Serbia. Socialists and ultra-radicals ranked second and third places respectively. 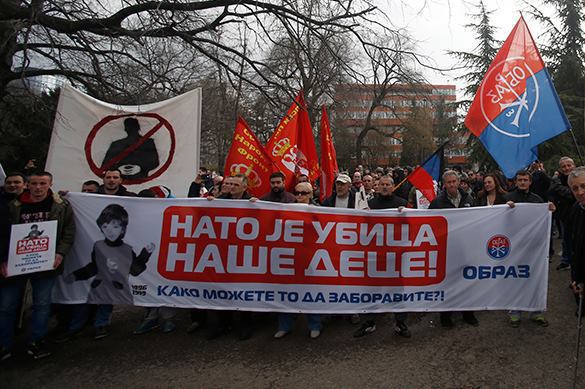 Slobodan Stojicevic, expert on the economic cooperation of Serbia and Russia, interpreter, and journalist told Pravda.Ru which a new parliament will be.

"It will be a patchy, fun one. Two pro-Russian parties got into the parliament, but the Serbian Progressive Party has absolute majority. So, it will add Serbia nothing but circuses. Serbia will be dragged in the EU under screams about an alliance with Russia. They will be adopting all the European laws though," the journalist pointed out in an interview with Pravda.Ru.

Leader of the Serbian progressive party claimed by himself that he would engage others to his coalition. Now he can blackmail a lot of minor candidates that want to be involved in power. It will most likely influence other parties as well, so that they would move towards the EU.

"And the Socialist Party of Serbia will have to change its behaviour, otherwise it won't be able to be involved in power. New elections are most probably to come. They got ahead with these elections, as unrest is expected in the country, various privatizations. In two years when the Serbian Progressive Party completes its dirty business, new elections will be declared. Most probably in the wrecked Serbia," Slobodan Stojicevic told Pravda.Ru.