Europe should stop trying to settle problems in the Middle East by adopting refugees. A new axis of evil in the region is Turkey and the Saudi Arabia, Slovenian philosopher Slavoj Žižek believes. 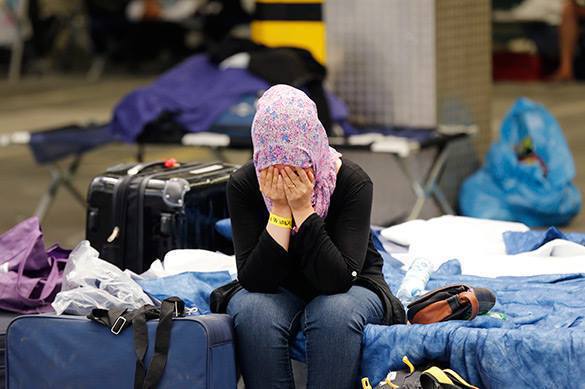 A prominent modern philosopher has recently claimed that Europe should stop trying to settle problems in the Middle East by adopting millions of refugees.

According to him, while Europe pays for the crisis, such countries as Qatar, the UAE, or the Saudi Arabia just watch from the sidelines and keep their doors close.

Žižek pointed out that the Europeans should stop blame themselves and treat refugees like children. He noted that rich countries of the Saudi Arabia, Qatar, Kuwait, the UAE actually do not adopt refugees.

Thus, "it is evident that a new "axis of evil" is in the Middle East, while its main participants are Turkey and the Saudi Arabia".

Žižek in his turn proposes to settle migrants on the Syrian coast, the Greek islands, and the north of Libya, so that migration is organized in an orderly way. "The case is not about occupation," Slavoj Žižek specified. "What happens now is a scandal. Migrants travel without any control, and countries start arguing because of it with each other," he added.

As he said, "open countries of Germany and Austria play an unfair game with us. When there are too many refugees, they do not want to soil their hands, they want us, small Balkan countries, to do their dirty work and stop migrants," the philosopher concluded.