Germany may deploy troops in Lithuania 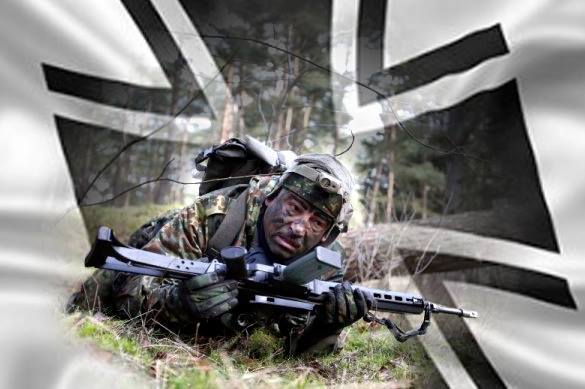 Having met with the Lithuanian President Dalia Grybauskaite in Berlin on 20 April, Angela Merkel claimed that defence of Lithuania plays today a significant role in the European policy. The Chancellor meant the NATO Air Policing mission on guard and defence of the airspace over the Baltic states.

According to Angela Merkel, obligations, which were established by the NATO at the meeting in Great Britain in 2014, should be fulfilled. After that meeting in 2014 the NATO increased its presence in Europe, referring to unstable situation in Ukraine.

Merkel did not specify whether she was going to deploy the Bundeswehr soldiers in Lithuania, but said that the final decision had not been taken yet.

Angela Merkel and Dalia Grybauskaite positively estimated the NATO-Russia Council meeting in Brussels, but pointed out that there are still different point of views on several issues.

As Pravda.Ru reported, they believe in Lithuania that the Russian military could land in Lithuania's Juodkrante a few years ago, Head of the Committee on National Security and Defence at the Lithuanian Parliament, Arturas Paulauskas said.

Sergey Rekeda, Director of the Information and Analytical Centre on Social and Political Processes in the Post-Soviet Space at the Moscow State University, chief editor of the RuBaltic.Ru told Pravda.Ru that such claims have the only target, to increase funding of the military sphere, as well as the NATO's contingent in order to boost lobbying potential of the Baltic States at the forthcoming NATO summit.