Latvia wants either 300 bn or one euro for Soviet occupation

Latvia, one of the three Baltic states, formerly a Soviet republic, has increased the amount of the damage that the country suffered during the Soviet period of its history. 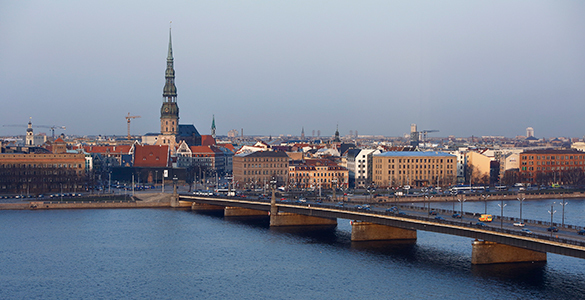 Ruta Pazdere, a representative of the Latvian Commission, said that the previously announced amount was increased from 185 to 300 billion euros.

According to the Latvian side, during the Soviet time, Latvia suffered losses not only in economy, but also in demographics and ecology.

The amount of 185 billion euros embraced only economic losses, the official said.

"After we retrieved independence, we continued suffering heavy losses as well. This is where the amount of 300 billion euros, if not more, comes from. This amount could still change," Ruta Pazdere said, RIA Novosti reports.

The Latvian side clarified that Riga was not going to seek full compensation from Russia. "If we demand compensation in the amount of 300 billion euros, then someone else would ask for the same, and Russia would simply go bankrupt. Yet, on the basis of these calculations, we can ask for a symbolic compensation of at least one euro. We want Russia to establish order in its history, to recognize the things that happened in the Russian history," Pazdere said.

The Russian Foreign Ministry explained that the entry of the Baltic States into the Soviet Union was consistent with international law of the time. The term 'occupation' does not seem appropriate as there were no military clashes between the USSR and the Baltic States. In addition, there were national authorities working in Latvia, Lithuania and Estonia during their entire stay in the Soviet Union (except for the period of Nazi occupation during the Great Patriotic War).

The commission to calculate the damage from "the Soviet occupation" was established in Latvia eleven years ago. The work of the commission is based on the state budget. In 2008-2014, the department was closed due to financial problems.