The Ukrainian radicals promised to shoot the Ukraine's President given a recent offshore scandal. 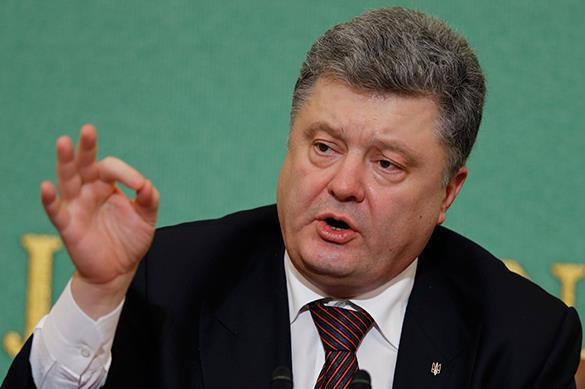 The Right Sector claimed that if a new revolution started, the President Petro Poroshenko would not manage to escape from the country, "an execution in a dark vault would await him". The Right Sector spokesman Artyom Skoropadsky said that the execution "would be carried out by a group of young Ukrainian military men or members of the National Guard".

Radical groups got to open threats to Poroshenko after the referendum failure in the Netherlands on the Ukraine's joining the EU as well as data on the President's business assets.

According to the ICIJ and OCCROP revelations, the Ukrainian President created three offshores in 2014 to restructure its Roshen company. It was also noted in the investigation that he didn't mention in his 2014 fiscal declaration data on a new offshore company, investments in authorised capital of oversee firms, and benefits he got abroad.