US President Barack Obama said that the country needs to invest in the development of military confrontation in Europe for showing resistance to Russia's growing influence. 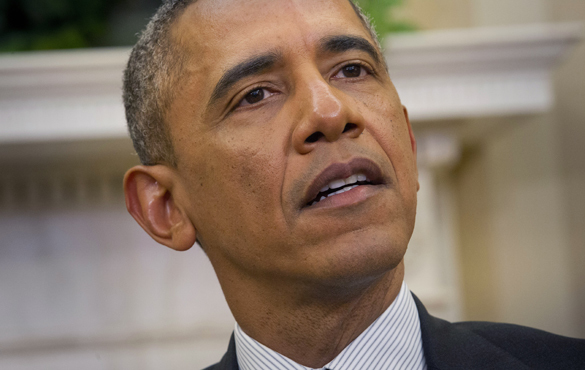 "We're investing in capabilities that our military needs to deter aggression and defend our security and that of our allies, and this includes increases in our posture in Europe to reassure NATO allies in the light of particularly increased aggressive actions by Russia," Obama said Tuesday.

According to RT, Obama conducted a meeting at the White House with Pentagon chief Ashton Carter. Carter spoke at the Center for Strategic and International Studies on April 5 and delivered a report about primary threats to the United States.

In his speech, he named Russia to be the main threat to the United States. He put Russia on top of the list of five major threats to the security of the country.

The Kremlin administration has commented on Obama's most recent aggressive remarks.

"We do not share such a confrontational approach and we express our regret in connection with this viewpoint that embodies confrontation. Of course, we express particular regret that it goes about the confrontational message to European states from overseas," Putin's official spokesman Dmitry Peskov said commenting on Obama's remarks about the need to make defense investment in Europe.

On April 4, Breedlove said in an interview with Estonian television that Putin "has been investing strongly now in his military for over five years. He has created a very potent land force. You have seen his air forces in Syria recently and he has exercised that and he has also got into the long-range precision strike capabilities both from his ships and his submarines."

Read article one the Russian version of Pravda.Ru