Human rights organization Amnesty International claimed that Turkey shot the Syrian refugees and deported them illegally after an agreement on migrants had been signed with the EU. 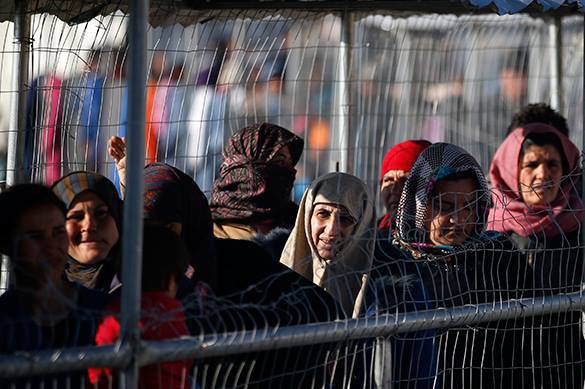 The EU and Turkey unanimously adopted agreement on migrants. According to it, all the illegal migrants, that arrive to the territory of Europe after 20 March, should be deported to Turkey. All the expenses are covered by the EU. Ankara, in its turn, will get about €6bln from the European treasury.

The report says that the Turkish authorities started forcibly deporting groups of refugees from Syria as early as in the mid of January 2016.

"In their desperation to seal their borders, EU leaders have willfully ignored the simplest of facts: Turkey is not a safe country for Syrian refugees and is getting less safe by the day," John Dalhuisen, Amnesty International's Director for Europe and Central Asia stated.

Human rights advocates conclude that mass deportation of the Syrian refugees "highlights the fatal flaws in the EU-Turkey deal" implementation of which can be reached only under total disregard of the international law.

Amnesty International gives an example of a forceful deportation of three small children unaccompanied with their parents, as well as deportation of a woman being eight months pregnant.