Mayor of London: Russia wins in Syria, West chickens out

The Mayor of London Boris Johnson believes that Russia made the main contribution to victory over the IS in Syria, while the West behaved cowardly. 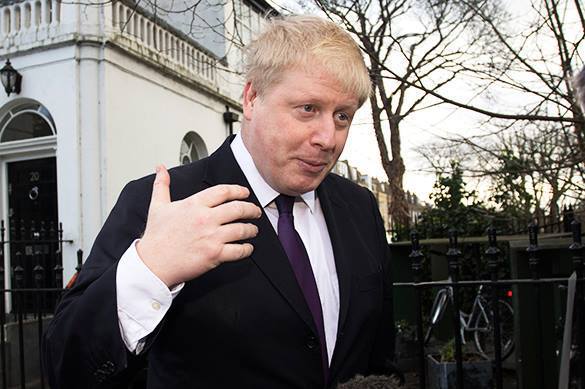 According to him, the Russian army along with forces of Bashar Assad managed to turn the tide of the conflict in Syria.

As Boris Johnson specified, it's sadly to admit, but the Western countries did nothing to oust the ISIS.

He said that Putin's army had managed to dislodge fighters from Palmyra, while the British or any other Western forces did not contribute their mite.

Despite not being an adherent of the Syrian President Bashar al-Assad, Boris Johnson admitted that namely solid acts of the Russian army and the Syrian forces helped to break the course of war in Syria.

"If Putin's troops have helped winkle the maniacs from Palmyra, then (it pains me to admit) that is very much to the credit of the Russians," he explained.

He believes that Putin managed to come to the rescue of his satellite without delay and render invaluable help.

As Johnson said, he couldn't imagine nothing more terrible and bloody than the IS fighters group. Although the Assad's regime and Russian military were often subjected to criticism, they turned out to be the only ones who managed to reach a decent superiority over terrorists not in words, but in deed.