The Swedish Security Service (Säpo) published a 2015 report, according to which Russia along with espionage use methods of psychological war more often, while targets are those taking decisions in Sweden, as well as the society itself, Dagens Nyheter newspaper says. 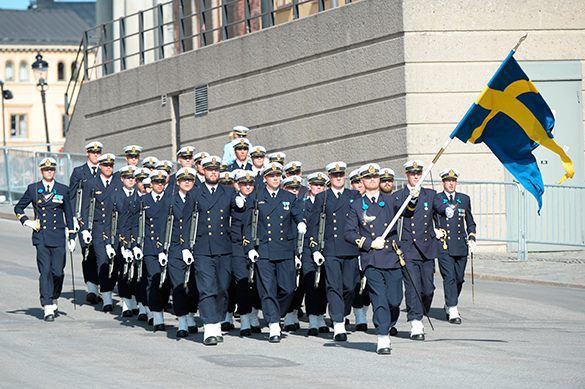 It is also reported that the main aim of Russia is to undermine credibility to the Swedish authorities. The Swedish police believes that Russian diplomats are the spying agents, who manipulate, separate the Swedes and influence the democratic decisions.

The example Säpo gives is fake letters with signatures of the Defence Minister Peter Hultqvist , where he allegedly congratulated BAE Bofors on the Ukrainian order of the artillery weapons.

Nikolay Mezhevich, Professor of European Studies at the Department for International Relations at the St. Petersburg State University told Pravda.Ru whether such letters is an effective method of the Russian services' psychological war or personal creation of the mass media.

The expert believes that the Swedish society is split over one very important issue, that is whether to join or not the NATO. "It's not Estonia or Latvia. Here there are more people who are confident that centuries-old experience of the Swedish neutrality is the best guarantee against any problems," Nilolay Mezhevich noted. But, beside that there is a group which makes use of ill-concealed support of the US, Great Britain, Denmark and Norway, and this group has increased lately.

Everything is suitable for confirmation of the Russia threat, Mezhevich believes, "an old basin, which is recognized as a submarine and talked about for a year and a half, but then it turns out that somebody just joked." It's a deliberate political order.

Target audience of this order is the Swedish society. Sweden took a lot of refugees, it's a full-scale problem, and in order to distract people's attention from the authorities' fails and problems with migrants, they shifted them to the Russian threat. They should be given an informational carrot, and this carrot is a horrible Russian threat," the expert said. But Sweden, apart from its peacefulness, tolerance, and traditions, can't offer Russia anything.

Russia was also accused by the Säpo of supporting extremist movement in Sweden. Nikolay Mezhevich explained Pravda.Ru that there appeared a third force in Sweden, the rights, who stand for exit from the EU, just limitation of migrants, great social economic control. There are groups among them whoa re called as the extremist ones in Stockholm. But thee obtain no support from Russia. They oppose the EU, the NATO, but they are not Russia's adherents. Thus, new rights are not our friends. They are simple people who help the Swedes to look at the world not from two traditional viewpoints of the Social Democratic party and two sorts of centre-rights, but from a third one.

Beside that, there are economic grounds. Sweden maintained a highly-effective military industrial complex. "It itself makes what Germany does. Although the German economy is bigger, as well as the Germany and its traditions, Sweden makes it better at least." The expert believes that Sweden has a small market for its military industrial production, thus, they have to sell it somewhere. It's billions-worth business. "For Sweden, a small state with population under 9mln, it's a very serious factor of economic development. Thus, if there is possibility to sell weapons somewhere, for example Ukraine, Egypt, or Sudan, there is a strong wish to do it."

Sweden is subjected to the EU manipulations and the German word, "as the head voted, so it will be. Sweden is not in the currency zone, and has no rights and possibilities, but for a wish to pose as something sublime."