Two explosions at the airport and one explosion in a Metro station in Brussels have caused multiple casualties and have caused the authorities to ask people to stay at home. 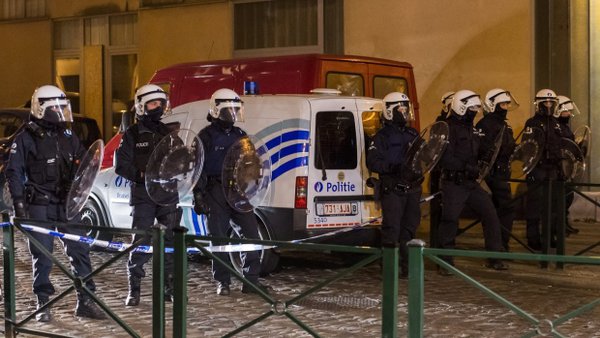 Two explosions just after 8.00 local time this morning at Zaventem airport near Brussels have caused at least 11 deaths and 35 injuries (to date). The explosions are believed to have been carried out by suicide bombers and there are reports of shots being fired and words shouted in Arabic immediately before the explosions. There are reports that other bombs have been found. The airport has been evacuated.

The explosions took place near the American Airlines desk.

Another explosion took place at Maelbeek Metro station, near the European Union's principal buildings, shortly afterwards. The entire Metro system has been closed down. There are reports of more causualties and also possible attacks at several Metro stations, as yet unconfirmed. The level of alert in Brussels has been raised to the maximum level of four. There are reports of a further 15 deaths at the station, along with at least ten critically injured people.

Brussels-based journalist Evan Lamos has described his journey from Schuman Metro station to Maelbeek: Shortly after leaving Schuman station, he reported "We have just been stopped due to an 'incident on the line'. Can hear soft thudding in the distance. We felt a blast of air and my ears popped shortly after leaving Schuman station. The Metro stopped immediately". (Source)

A Brussels police spokesperson has also reported deaths at the Maelbeek police station. These reports are not yet confirmed.

The context of these explosions is that they occurred days after the main suspect in the November 13 Paris atrocities, Salah Abdeslam, was captured and how telling that the group he belongs to, ISIS, choose soft targets such as an airport departures lounge and a Metro station without any sort of security, where defenseless women, men and children are likely to be.