US to put hand to Cuban revolutionists' kids

The US President Barack Obama has dared to carry out his "historical visit" to Cuba in order to embroil it once again in the orbit of its policy, Andrey Manoylo, Doctor of Political Sciences, Professor at the Moscow State University told Pravda.Ru in an interview. 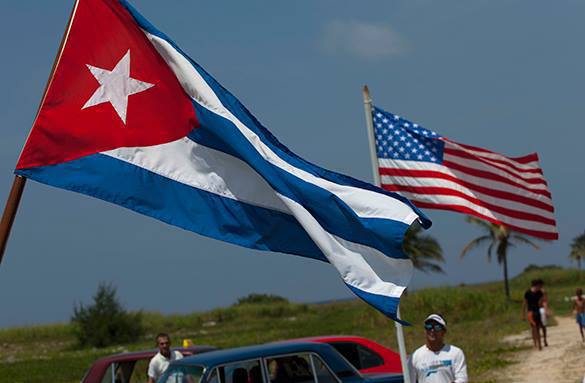 Obama dreams of going down in history as a President of the US, who destroyed the wall between the United States and Cuba, Manoylo noted, and this is the second step of the American President after restoration of relations between these countries, that had been started about a year ago.

Raul Castro also considerably stands for restoration of the relations and rapprochement, the Pravda.Ru expert is sure, as he realizes that the world is not the same now. In this regard, the US policy is clear, as well as personal motives of Obama - it's a chance for him not to remain a lame duck, a looser in history.

Beside that, the political scientist believes that the US may undertake an attempt in this direction to take it out of Russia for Syria and maybe partly for Ukraine, as Cuba holds a strategic position.

Obama's step towards Cuba may also be estimated as an attempt to prevent the second coming of Russia to Cuba.

Results of this visit should not be underestimated as well, Andrey Manoylo warned, as it's already a systematic process of Cuban integration, and its involvement into the foreign policy of the US.

There is one more important factor, that is US' work with young generation of the elite, that has already grown up and is to substitute its heroic parents, true revolutionists soon.

However, not everything is so favourable for Washington. China has long been the main economic partner of the Latin America and it aims to invest 250 billion dollars in Cuba in the nearest 5 years. The US can't but worries about it. Taking into account, that the Latin American population regards the US very negatively, as they keep in mind their neocolonial policy, that the US carried out in the so-called "backyard".

Taking into account all these tendencies, Russia should promptly restore partnership relations with Cuba it had under the Soviet Union, the political scientist believes. It possesses needed grounds, historical experience, and people's favour, Andrey Manoylo is sure. Either Russia takes this place, and becomes Cuba's strategic partner in all the fields, or it will be done by the US.