Iran pledges not to refuse from developing ICBMs

Iran's spiritual leader Ayatollah Ali Khamenei said that Iran did not intend to abandon the development of ballistic missiles. 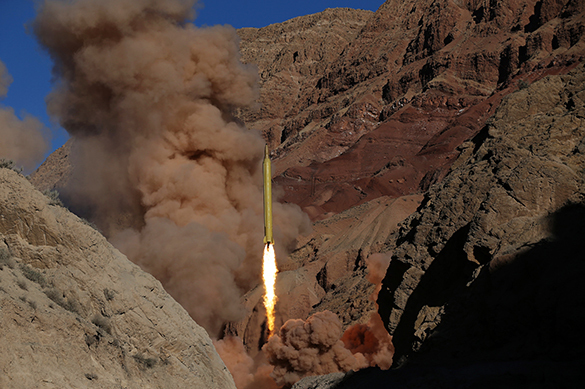 Khamenei made the statement in Mashhad, Iran's second largest city, speaking on the occasion of Nowruz, the Iranian New Year. "No matter how much the US would want it, Iran will never give up its defense tools," the Iranian leader said, adding that "Iran conducts military exercises with missile launches to ensure its security."

Regarding Washington's reaction to the tests of Iranian ballistic missiles (the US accused Tehran of violating UN Security Council Resolution 2231), Khamenei stated that against the backdrop of instability in the Middle East, including in countries such as Iraq, Syria and Yemen, Tehran had the right to strengthen its defensive power and conduct military exercises.

"Washington officials wonder why and on what basis the Navy and Air Force of the Islamic Republic hold military exercises ... At the same time, the Americans are constantly conducting military maneuvers in the Gulf region - thousands of miles away from their country. Also, the Americans do not carry any responsibility for the situation in the region," Khamenei said.

Khamenei urged his countrymen to resist the US aggressive position.

"The next question might be why we conduct internal and foreign policy of the Islamic Republic in accordance with our constitution. Then they might ask us why we practice Islam. As soon as you make the slack in relation to you enemy, he will immediately take a step forward to go the extra mile," the Iranian leader said.