Uganda elections: Ugandan journalists at war with the police

Ever since the election period started up many media houses had promised their readers and listeners to always receive live news directly from the scenes that have taken place. They did it smoothly at the start but the day the votes were cast the Electoral Commission here in Uganda commanded the media houses not to air out any results got directly from the polling stations, until the body responsible for the activity comes on air to give out the final results. 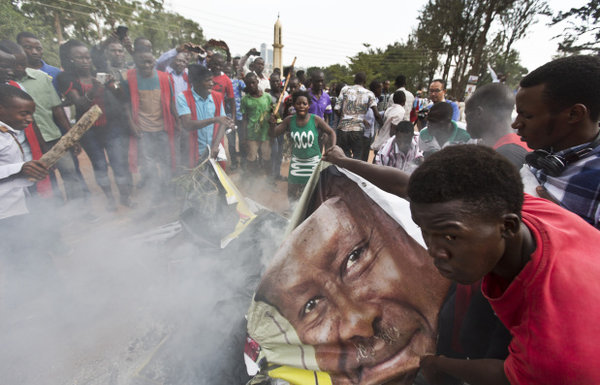 This aroused suspicious minds of vote rigging among the media houses and all that they had to do was to continue following what was to be the end result. The end result was declaring the hated government that had served for over a period of 30 years and this annoyed most people in the country.

It also riled the media houses and so many others, even those in the diaspora. The media house with its continued exposure of the rotten behaviors of the government,  forced the police commander by the name of General Kale Kaihura to order for the arrest of any journalist who would try capturing police unruly behaviors and the torture it was using on people and journalists like Remmy Bahati and Lubowa Abubaker.

These were journalists of one of television house by name of NBS Tv and were arrested; others were threatened to be closed and up to now the whole of Uganda is left blinded without knowing what is taking place regarding to the outcome of the elections.