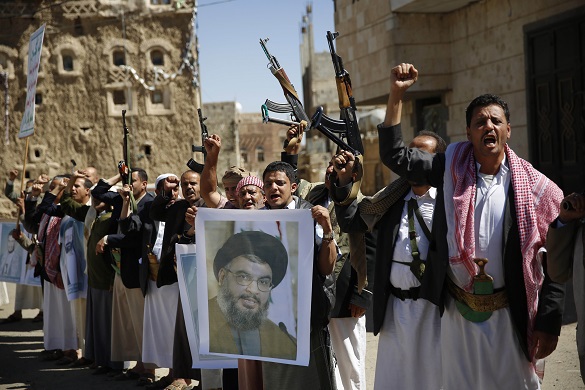 Saudi Arabia, as well as the whole Gulf Cooperation Council declared Hezbollah, which has an enormous influence in Lebanon and participates in the Syrian crisis, to be a terror organization.

The statement says that Hezbollah's status conversion is connected with hostile acts of the Lebanese organization against member-states of the block. In particular, Hezbollah has been accused of recruiting citizens of the Persian Gulf States to carry out acts of terror, weapons smuggling and stirring up riots.

The GCC Secretary-General Abdullatif al-Zayani claimed that "as the militia continues its terrorist practices, the GCC states have decided to label it a terrorist organization and and will take the necessary measures to implement its decision in this regard based on anti-terrorism laws".

Interestingly, that the decision was made the day after Hezbollah's leader Sayyed Hassan Nasrallah had accused Saudi Arabia of pushing Lebanon into a new phase of political conflict by announcing it was suspending an aid package to the Lebanese army. Beside that, Nasrallah criticised Saudi Arabia, accusing it of orchestrating car bombings in Lebanon, as well as aggravating situation in the whole Middle East because of Er-Riyadh's opposition with Tehran.

The League of Arab States had previously voted for declaring Hezbollah a terror organization.

On the last day of February the White House also recognized Hezbollah to be its adversary in the sphere of national security along with North Korea and Russia.

As Pravda.Ru reported, Saudi Arabia deprived Beirut of prospects to obtain almost $4 bln military aid from Er-Riyadh after having reconsidered its relations with Lebanon on 24 February. The reason of such a harsh step of the Kingdom was refusal of the Lebanese Foreign Ministry, which is allegedly under the control of Hezbollah, to convict Iran's interference in the domestic affairs of the Arab countries.