The North Korean authorities launched several short-range missiles from the Eastern coast of the peninsula towards the Sea of Japan. 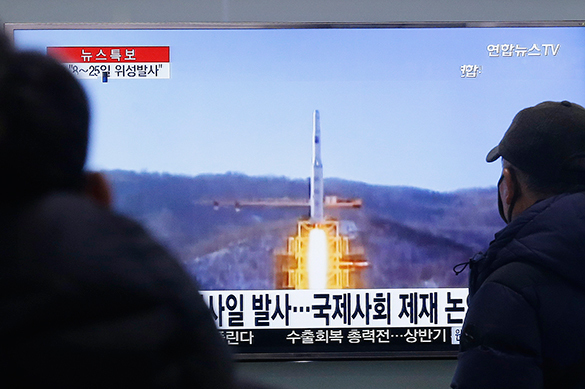 The projectiles were fired from Wonsan, a port city along the east coast, at around 10:00 a.m. local time, according to the Yonhap News Agency.

The South Korean Defense Ministry spokesman Moon Sang-gyun specified that all the projectiles had fallen into the sea.

Such acts of North Korea followed the UN Security Council's adoption of the harshest ever sanctions against Pyongyang for the last 20 years, that had been declared just 2 hours earlier. The resolution bans supplies of aviation and missile fuel, all the cargoes going into and out of North Korea will undergo strict inspections.

Beside that, selling common weapons to the DPRK is also banned. Export of coal, iron, gold, titanium and rare mineral resources from the country is significantly limited. Financial sanctions are also imposed against banks of North Korea.

Also read: Japan to destroy North Korean ballistic missile should it be launched