US needs 30,000 soldiers for ground operation in Syria

Declaration of armistice in Syria has only preliminary come into operation, while the US discusses a Plan B in case of new military actions. 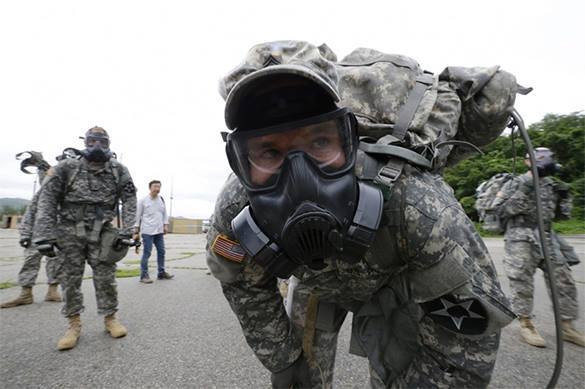 Secretary of State John Kerry claimed that in order to maintain the 'security zone' in the north of the Syrian Arab Republic, Washington should dispatch troops there.

In case the armistice is broken, or Pentagon decides to deploy American soldiers in the dangerous regions of Syria, up to 30,000 people can be sent there.

Thus, Washington showed yet again its readiness for a ground operation in Syria under another scenario.

Pravda.Ru reported that Russia and the US signed a joint agreement on 22 February, according to which parties of the armed conflict should cease firing at midnight Damascus time 27 February.

The agreement refers to the government army of Syria and armed opposition.

Fight against such terrorist groups as the Islamic State, Jabhat al-Nusra and others will be continued.

Also read: Ceasefire in Syria is a litmus test