French President Francois Hollande stated that he did not exclude a war between Russia and Turkey because of the situation in Syria. Hollande urged the leaders of the two countries to take every effort to avoid the escalation of the conflict. 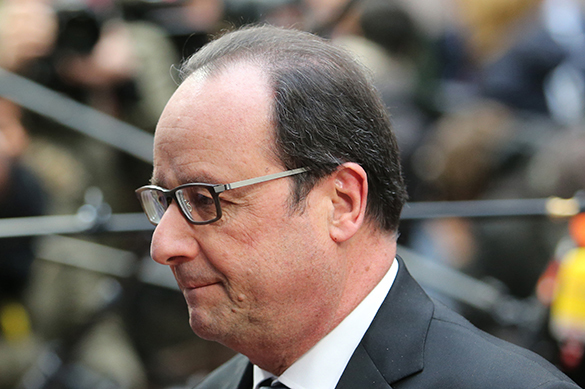 "There is a risk of war between Turkey and Russia. One must to do everything possible to avoid an escalation," Hollande said on France Inter radio station.

According to him, the Syrian authorities and the opposition should resume talks as soon as possible. One should stop the bombings of Syria and provide humanitarian assistance to the population.

According to RIA Novosti, the Geneva talks between the Syrian authorities and the opposition are held in accordance with UN Security Council Resolution 2254. In early February, the UN special envoy for Syria Staffan de Mistura said that the next round of talks was scheduled to take place on February 25.

The UN Security Council failed to reach an agreement on the Russian draft resolution on the observance of the sovereignty of Syria. Six members of the council rejected the document, with three of the members having veto power: Britain, Spain, New Zealand, the USA, Ukraine and France.