22 IS fighters executed under Assad portrait

22 terrorists have been eliminated in the Daesh headquarters by a group of diversionists. 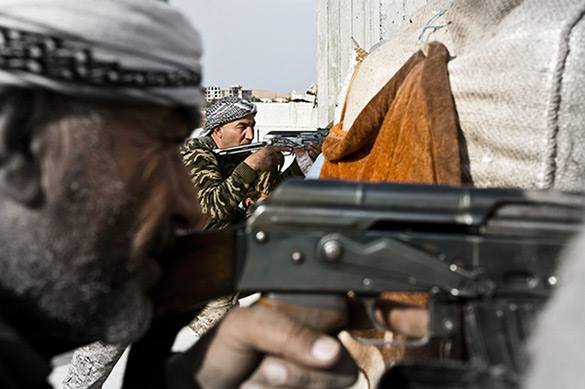 Revengers managed to get inside, as they put on the same clothes the IS fighters wear. The incident happened in the city of Al-Bukamal in eastern Syria not far from the border with Iraq. Having shot down the fighters, the men left the headquarters, but before that they had hanged Syrian flags on the wall and two portraits of the President Bashar al-Assad.

Sabotage is assumed to have been carried out by members of the Zulfiqar Arab bedouin tribes battalion. Simultaneously a group of fighters from the same unit blasted a car of the IS leader in Al-Bukamal. The terrorist himself and four of his adherents were killed.

The Zulfikar fighters belong to the Shaytat tribe. After the IS slaughtered their families in 2014, they went over the Syrian army.