The former head of Yukos oil company, Mikhail Khodorkovsky, was put on Interpol's wanted list for the murder of the mayor of Nefteyugansk, Vladimir Petukhov, Interfax reports. 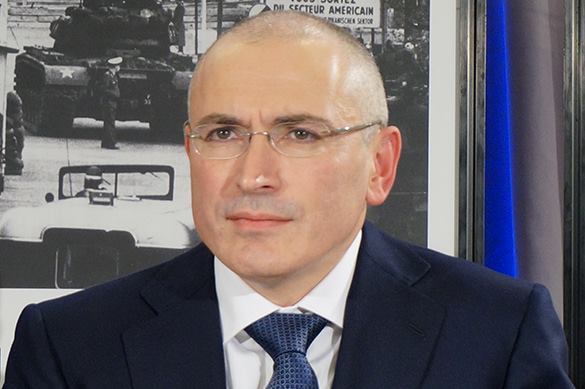 According to the agency, on the basis of materials received from the Office of the Prosecutor General of Russia and the Russian Investigative Committee, Interpol's bureau in Russia announced an international arrest warrant for Khodorkovsky. The decision was sent to the Central Bureau of Interpol in Lyon.

Thus, the central office of Interpol, after considering the circular from the Russian office of the international police organization, is to include Khodorkovsky on the list of internationally wanted criminals.

Earlier, Mikhail Khodorkovsky was put on the federal wanted list after the Investigative Committee of Russia charged him in absentia with the murder of the mayor of Nefteyugansk in 1998. The mayor, Vladimir Petukhov, was killed on 26 June 1998 on the way to work.

According to investigation, it was Khodorkovsky, who ordered to assassinate the mayor as his work came contrary to the interests of Yukos.

On December 23, 2015 the head of the Investigative of the Russian Federation, Vladimir Markin, announced that Mikhail Khodorkovsky was arrested in absentia and put on the international wanted list.