A French documentary by Paul Moreira "Ukraine, The Masks of the Revolution" will be aired again on Сanal+ in France on February 8. The documentary was premiered on February 1, 2016. 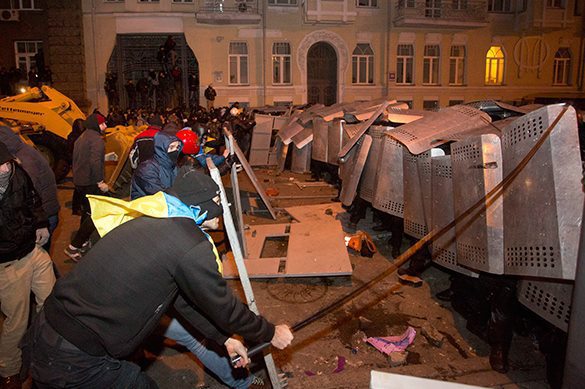 The director of the documentary, French journalist and filmmaker Paul Moreira, lives in Paris. He has made several investigative films before about Iraq, Afghanistan, Burma, Israel, the Republic of Congo.

Dmitry De Coshko, chairman of the Coordinating Council of Russian Compatriots in France, said in an interview with Pravda.Ru said that "Ukraine, The Masks of the Revolution" was the first film that showed a part of the truth about Maidan riots and the Odessa massacre on the French television.

The Ukrainian authorities expressed vehement protests in connection with the showing of the documentary and wanted the French authorities to take action not to air it.

The director has clearly identified the main sponsors and puppeteers of the Ukrainian revolution. The country is rolling down the hill, but US Vice President Joseph Biden, Victoria Nuland, Senator John McCain, who are seen in the documentary, are very little interested in it. Kiev has exacerbated relations between the West and Russia, as Washington does not want to see Russia as a world power.