The administration of US President Barack Obama has increased the national debt of the United States by $8 trillion, bringing it to the level of $19.01 trillion, a report from the US Treasury said. 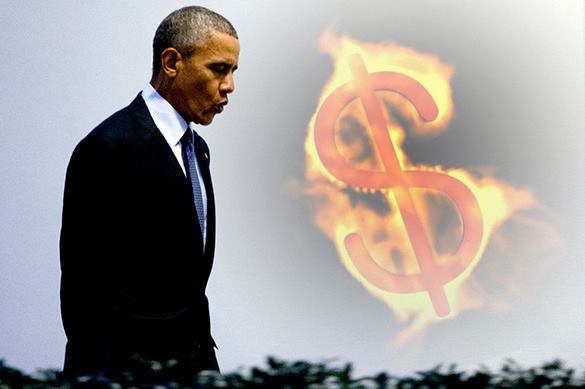 According to The Washington Times, seven years ago, when Barack Obama took office as president, the national debt of the United States amounted to $10.6 trillion.

According to experts' estimates, during eight years of George W. Bush's presidency,  the national debt of the United States of America rose by $4.9 trillion.

The Congressional Budget Office issued a new report saying that in the next ten years, the US federal government debt may reach 30 trillion dollars. The debt may grow to this level for such reasons as the aging of the population, decisions for additional budget expenditures, reduced taxes, as well as because of consequences of Obamacare health program.

The lion's share of the debt - 13.7 trillion dollars - falls for the public debt held by natural persons, as well as US and foreign companies. The remainder accounts for domestic borrowings.