The Turkish authorities have launched an artillery bombardment of the northern outskirts of Latakia, the Atira villages on 1 February, that lead to victims among the civilians, the SANA agency reported referring to the Syrian Ministry of Foreign Affairs. In this connection the Ministry expressed a decisive protest to the Turkish party. 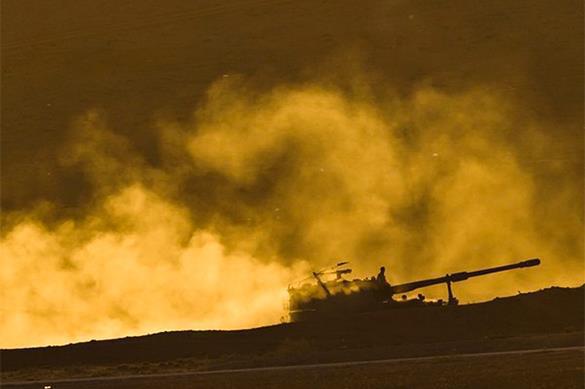 'The Syrian Arab Republic government considers such actions to be a flagrant violation of international law and to be a crime against the Syrian citizens, as well as demands the Turkish government to refuse such practice of the infringement of sovereignty,' the statement says.

Pravda.Ru reported that Igor Konashenkov, official representative of the Russian Ministry of Defence provided yesterday irrefutable evidence of the Turkish military applying large-calibre artillery to shell the Syrian territory. The shots Russia disposes of shows deployment of gun motor carriages at one of the checkpoints. Another video, the Defence Ministry got from the Syrian opposition, reveals shelling of the Syrian territory.