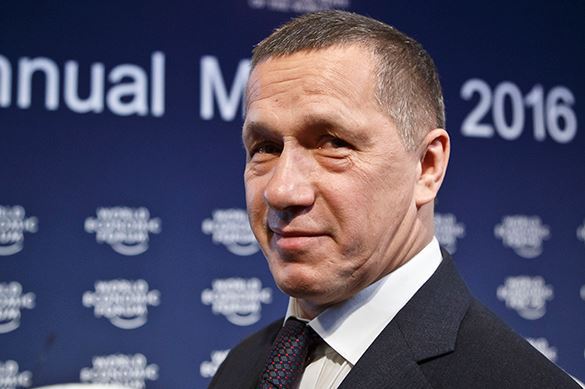 The Russian and the Ukrainian delegations were sitting close to each other. Trutnev and Poroshenko were having a peaceful conversation that soon changed to higher tones. Soon afterwards, the two officials jumped up from their seats to lash on each other.

"They stood up and grabbed each other by their garments. We had to pull them apart. Apparently, Poroshenko did not realize that his security was not around. It was a closed event only for the heads of delegations," an official representing the Russian delegation said.

Poroshenko had to leave the event early. Noteworthy, Trutnev has a black belt in karate.

Russian President Vladimir Putin was informed about the conflict. Putin asked Trutnev to be more careful.

"I bared my biceps incidentally and removed my jacket to be on the safe side." Did Vysotsky sing that song about you?" Putin asked Trutnev at the meeting, quoting the lyrics from one of Vladimir Vysotsky's songs.

"To be honest, it was almost like that. There were quite harsh attacks from Stoltenberg and Poroshenko. I just told them about how the Russian population sees the situation in Ukraine - 90% of 146 million," said the Vice Prime Minister.

"Careful there, okay?" Putin said with a smile.

Putin knows that Deputy Prime Minister Trutnev has a fifth dan in Kyokushinkai karate and does regular sports.