Giulietto Chiesa: MEPs may be deprived of their viewpoint

The Ukrainian MP Georgy Logvinsky has been widely quoted today by the Russian mass media. The deputy wrote in his Facebook that the PACE would punish European MPs for their trips to the Crimea and Donbass. 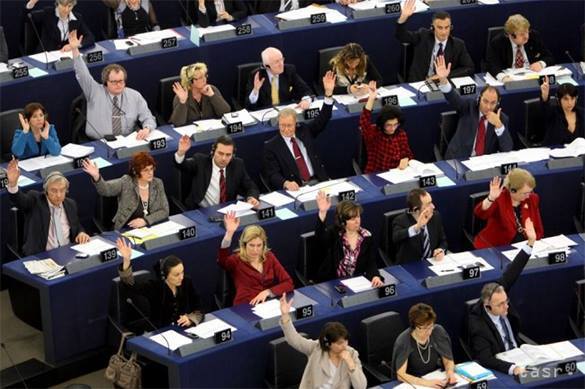 Aleksey Pushkov, the head of the foreign-affairs committee in the Russian State Duma used to refute this data, and reminded that the Parliamentary Assembly is a consultative body of the Council of Europe, and thus its resolutions are rather advisory than mandatory.

Giulietto Chiesa, an Italian journalist and former member of the European Parliament commented Pravda.Ru on the situation.

'I do not know if it is real, but it is clearly an attempt to impeach the Members of the EU and other national parliaments of their freedom in examining the situation which is going in Ukraine and another countries,' he said.

'I was a member of the European Parliament, and I was expelled by the Estonian state, because they believed that I represented a threat to their national sovereignty and security. Well, it is the same thing. When I was an MP, I went, for instance, to South Ossetia and Georgia without any authorization, because I believed that I was a representative of the European people and I have the right to study the situation around Europe,' Giulietto Chiesa noted.

'The PACE wants to deprive the deputies of a possibility to have their own point of view. Ant that is very serious because in Europe the press is very seriously censored,' former Member of the European Parliament said.

'This declaration of a Ukrainian deputy is a clear intimidation. I hope that this kind of resolution will never be adopted in Europe,' the expert concluded.