Europe to punish MPs for traveling to Crimea and Donbass

Ukrainian MP Georgy Logvinsky stated that the Parliamentary Assembly of the Council of Europe intends to introduce penalties for European parliamentarians for their trips to the Crimea and the Donbass. 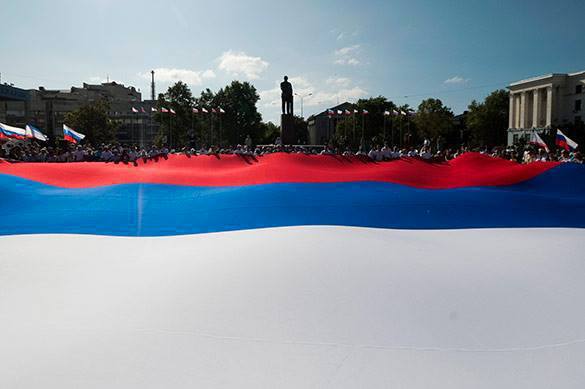 "The PACE has adopted a resolution tha European parliamentarians, regardless of their status, will be responsible for visiting Crimea ... bypassing Ukrainian laws ... I am grateful to all members of the Parliamentary Assembly of the Council of Europe, who supported the Ukraine, supported our delegation and voted for our amendment," RIA Novosti quoted Logvinsky.

In July of 2015, a delegation of ten French MPs visited the Crimea.

PACE representatives had visited the Crimea on the initiative from Swiss MP from the Party of Social Democrats, Andreas Gross, who earlier criticized anti-Russian policies of the West.

Russia is not willing to pay its annual fee to the PACE as the organization had deprived Russia of the right to vote.

The chairman of the State Duma Committee for Foreign Affairs, Alexei Pushkov, refuted the statement from the Ukrainian deputy, who said that the PACE decided to punish European Parliamentarians should they visit the Crimea and the Donbass without coordinating the visit with Ukraine first.

"The PACE has not introduced and can not introduce any penalties for those European MPs who visit the Crimea or the Donbass. This is another "made in Ukraine" fake," Pushkov wrote on his Twitter account.