The demographic situation in Ukraine has been worsening steadily, Gosstat statistics agency said. Thus, the birth rate in the country dropped by almost 180,000 people in 2015 in comparison with 2014. 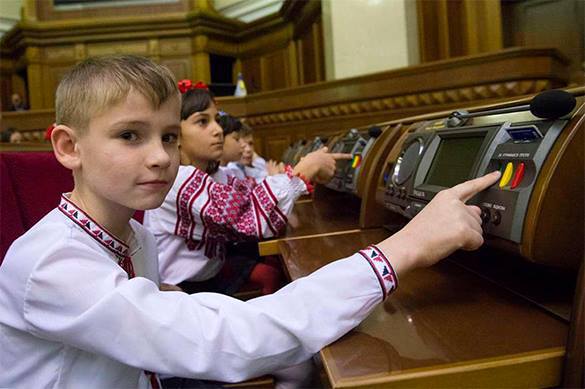 First and foremost, the decline in the birth rate is due to the deterioration of living standards in Ukraine. An increasing number of Ukrainian parents refuse from having a second child as they can afford raising only one.

According to the agency, the majority of Ukrainian parents want their children to receive good education abroad. At the same time, they do not want children to serve in the Ukrainian army.

More and more Ukrainians leave the country in an attempt to find better life conditions in other countries.

Not so long ago, a survey was conducted in Ukraine, in which people were asked to  assess the current level of life in Ukraine from 0 to 10, where 0 was the lowest rate. The average score among respondents stood at around 4.0 that describes the standard of living in the country below average.

Experts believe that the demographic situation in Ukraine will continue deteriorating along with the quality of life of the population.