Qatar looks for its place in Syrian power balance

Tamim Al Thani, current Emir of the State of Qatar has arrived to Moscow on 18 of January. The factor of Qatar is quite weighty in the Middle East. Vladimir Avatkov, Director of the Center of Oriental Studies, International Relations and Public Diplomacy told Pravda.Ru whether it would change the balance of power in the Syrian conflict. 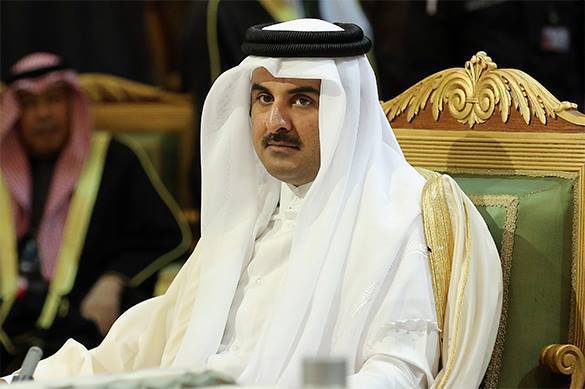 'Success of the Russian Federation in the Syrian operation is evident in the Middle East. Thus, the balance of power is being seriously changed, as well as its correlation in the region of the Middle East. And all the major players, particularly Qatar, the Saudi Arabia, Turkey, and Iran are trying to find their place under the current circumstances,' the orientalist explained.

'Beside that, there are a lot of various problems, that are to be discussed. And that is not only fight against terror. Qatar plays a noticeable role in the energy issues. Strive of Qatar and the Saudi Arabia to change regime in Syria by any means is connected with their wish to supply energy in Europe through Syria, or by sea, through Turkey and further to the EU countries,' the expert noted.