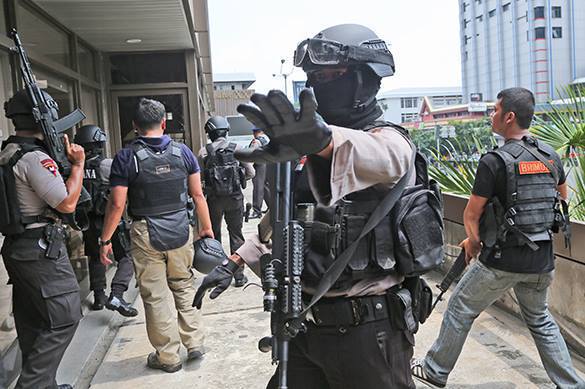 The police of Jakarta police said that the terrorists who staged a series of explosions in the capital of Indonesia today have been neutralized. Three of them were arrested, all others were killed.

"The situation is under control. Three participants of the attacks were arrested, four were killed," a representative of the Jakarta police said.

In Jakarta, militants staged a series of explosions near Sarinah shopping mall. They also attacked a police post, threw a grenade at Starbucks cafe and seized a building in the city center.

At least five people, including a police officer, were killed in the attacks.

The police is currently establishing the possible affiliation of the terrorists to Daesh (aka Islamic State) terrorist network.