On January 4, the trading on the Shanghai Stock Exchange was suspended after the country's key stock index, Shanghai Composite, dropped by seven percent. 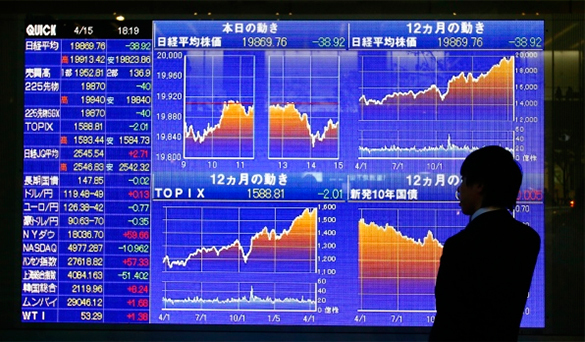 According to the BBC, the trading was at first halted for 15 minutes after the market fell by five percent.

However, the stocks on the Shanghai Stock Exchange continued falling afterwards, and the trading was eventually suspended. According to RBC, the market had declined by 6.9 percent at the moment when the trading was stopped. Shanghai Composite dropped to 3296.66.

The business activity index fell to 48.2 in December having thus showed the decrease of activity in the manufacturing sector of the Chinese economy for the tenth consecutive month.

According to Goldman Sachs, foreign investors will be actively investing in Chinese securities to reach the growth of about 17 billion dollars a year.