Ukrainian President Petro Poroshenko has raised many eyebrows as he exposed his New Year's "gift." 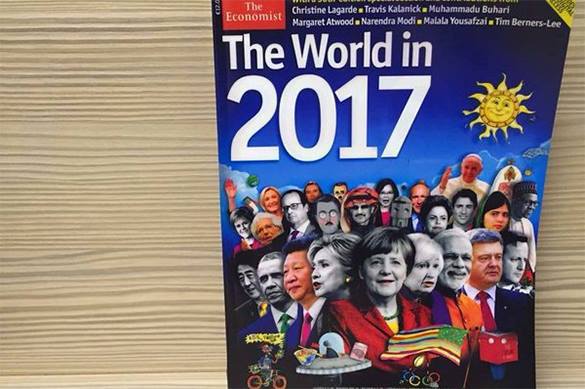 The Twitter account of the Ukrainian president posted the cover of the special issue of The Economist magazine with geopolitical forecasts for 2017.

On the cover, Ukrainian President Petro Poroshenko was seen in the company of other world leaders.

"I take some gifts as personal responsibility, rather than a compliment," Poroshenko commented on the cover of the "special issue."

Internet users did not appreciate Poroshenko's humor. The original version of The  Economist contains forecasts for 2016, and Petro Poroshenko's photo was used to replace the photo of Russian President Vladimir Putin.

"The World in 2016" is an annual special issue of The Economist that highlights most current trends in international politics and gives geopolitical forecasts.