The current year turned out to be not an easy one for Europe: refugees crisis, potential collapse of the Eurozone because of the events in Greece and Spain, terror acts in Paris... 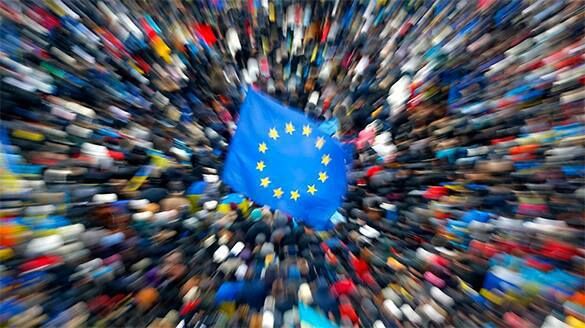 'Refugees crisis is a serious problem, and the EU has provided not a prompt reaction to it so far. Europe is not Christian in fact, representatives of various religions have lived here side by side for a long time. And that is social instability represented by youth unemployment, which fuels extemism, but not a religious intolerance. The EU undertakes certain steps in this direction, insufficient, but already decisive ones,' the deputy said.

'Unlike the US, the EU first came to understanding that peace restoration in the Middle East is a key issue to solve problems with refugees and it demands all possible allies, including Russia. Here, short-sighted stance of the Baltic States, which in fact form an anti-Russian buffer, seems to be quite silly, as if military aid of Estonia or Lithuania can really scare the IS fighters,' the expert pointed out.

She also claimed that both problems - the Ukrainian crisis and the Syrian conflict are conflicts on the southern and eastern borders of the EU, and thus are directly connected with the issues of military and energy security of the Europeans.

'What about independence of Berlin and Paris from outer non-European forces, their drift towards bigger independence will be continued, but it is fondly to expect a decent fronde towards the US,' the deputy explained.

'Relations with Russia in the following year will start to improve, but will still be quite tepid,' the expert concluded.