Russia and Turkey may trigger war of the century, German newspaper says

The relations between Turkey and Russia may become "the war of the century," German newspaper General Anzeiger wrote. 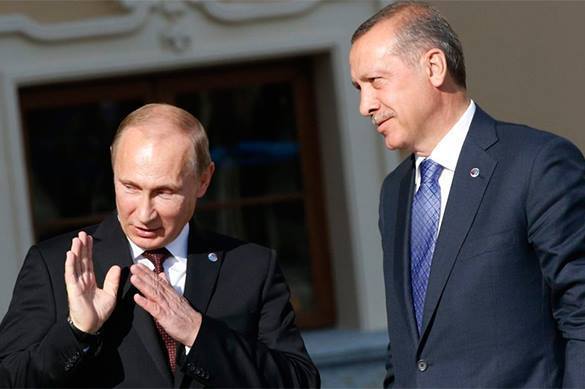 According to the German publication, both Russia and Turkey appear as parties to the Syrian conflict, even though Moscow and Ankara do not have common goals there.

Russia stabs Turkey in the stomach

Russia supports the legitimate president of Syria in the fight against jihadists, and Turkey exterminates the Kurds, who contradict to its political interests and, in turn, take a position that is close to that of Russia.

Turkey finds the support of the West that refuses to cooperate with Russia in the struggle against the common enemy - the Islamic State. According to the newspaper, Turkey declares its opposition to extremists, but does not take efforts to exterminate them on its own territory.

However, the Syrian issue does not prevent the continuation of another conflict, the German publication said.

The Second Crimean War has been brewing after the toppling of the official Ukrainian government that led to the aggression in south-eastern Ukraine and Crimea's reunification with Russia.

To crown it all, the United States supports the countries that ruin their relations with Russia - Ukraine and Turkey. The US, the newspaper wrote, sees its own profit in the "silent war."

Therefore, one may not even expect that the two conflicts are going to end soon, General Anzeiger concludes.