Legal experts of the Turkish city of Gaziantep filed a lawsuit against Turkish intelligence and law enforcement agencies. According to the plaintiffs, Islamic State activists have an office in the areas of the city, where they conclude human trafficking contracts. 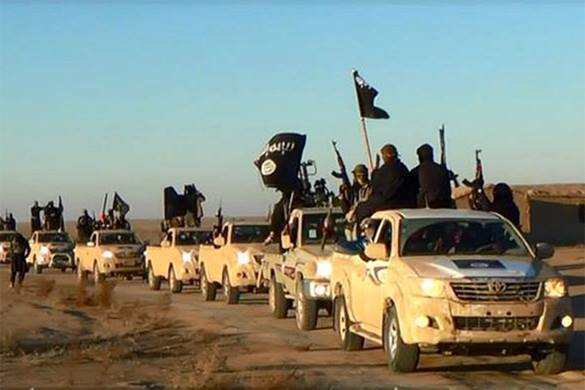 German TV channel ARD has recently hired a documentary about the office of the terrorist organization in Gaziantep.

"According to the German channel, ISIS militants are selling Yezidis here in Gaziantep. One needs to conduct an investigation into this, and the investigation should be continued, if evidence and suspects are found," the head of the Bar Association of Gaziantep, Bektas Sarkli said.

In the documentary, the film crew follows a Kurdish mediator, who buys prisoners from ISIS and returns them to their families. Last year, he said, he paid $2.5 million to terrorists to release women, children and other slaves that were put up for sale in Gaziantep.

Turkish MPs expressed surprised with the alleged slave trade in the city.

"There are thugs coming here who are not afraid to inform Turkish soldiers of their intention to join the Islamic State. The authorities still do not perceive the Islamic State as a terrorist organization, not do they see its members as terrorists," Turkish MP from the Party of Democratic Peoples,  Mahmut Togrul said.

ISIS terrorists bring women and children to Gaziantep, where they put them up for sale at auctions.

Earlier, independent researcher at Institute of Strategic Dialogue, Emily Daglish, published a report about the gender and ethnic composition of the Islamic State.

It was found that ten percent of members of the group are European girls and women, old women and pregnant women. In many cases, terrorists train them as suicide bombers, or simply sell them, sometimes for a pack of cigarettes. Former prisoners said that blonde Christian virgins are used as sex slaves for terrorist camps.