Ukrainian Prime Minister Arseny Yatsenyuk declared a moratorium on the payment of three-billion-dollar debt to Russia. 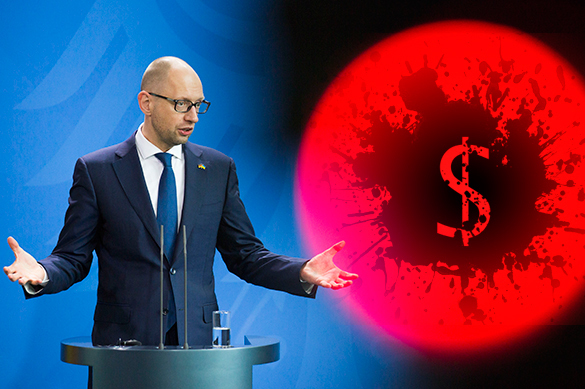 The Cabinet of Ministers of Ukraine supported his decision. In addition, the official Kiev is not going to pay the debt of $507 million to Russian banks (the debt was amassed by two Ukrainian companies that collaborated with Russian banks).

"From today, all payments shall be suspended until our proposals are accepted or a law decision is made," Yatsenyuk said, TASS reports.

The statement from the Ukrainian prime minister is equivalent to the official declaration of default by Ukraine.

Noteworthy, the International Monetary Fund earlier acknowledged that Ukraine's credit obligations were sovereign, rather than commercial. If Ukraine does not repay its debt to Russia before December 21, international creditors will cease to support the Ukrainian economy.

However, the IMF changed its rules to be able to continue crediting Ukraine, driving the country further into debt. Kiev has not adopted a budget for 2016 that would meet the requirements of the IMF, making a new loan impossible for the time being.