Turkey refuses to withdraw its troops from Iraq

The build up of the Turkish contingent in Iraq was conducted to support Turkish instructors,  Prime Minister Ahmet Davutoglu said. 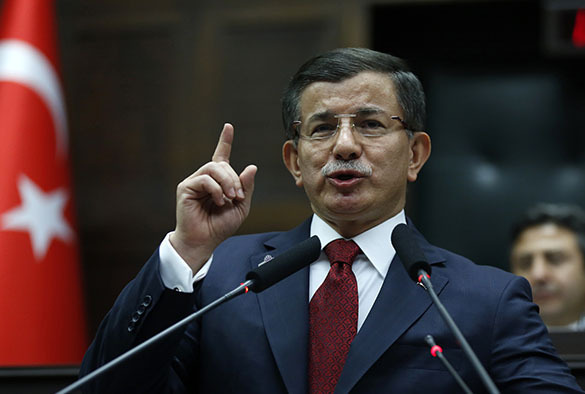 "We took necessary measures against attacks on Bashika camp. The presence of Turkish military men in the camp will be preserved. We have conducted reorganization and increased the protection of the base. Our military will not take part in combat actions - they are staying in Iraq only to train local forces. The legality of their presence there shall not be discussed, the Turkish  prime minister said in an interview with A Haber TV channel.

On 4 December, Turkey deployed a group of its armed forces including about 130 military men, tanks and artillery in the camp of Kurdish militia, where Ankara  is preparing Kurdish fighters to attack the city of Mosul that remains occupied by the Islamic State terrorist group.

Such actions of the Turkish authorities caused negative reactions in Iraq that demanded Turkey should immediately withdraw its troops from the territory of the country. Iraqi officials considered Turkey's actions as a hostile move.

On December 12, Iraqi ambassador to the United Nations Security Council delivered a letter with a requirement to immediately withdraw Turkish troops from the territory of Iraq and recognize their presence in the country as a rough violation of international law and the Charter of the United Nations. However, Turkish  President |Erdogan considered the complaint unfair.