During the transit of Chernomorneftegaz drill platforms to Russian territorial waters,  a Turkish vessel appeared on the way of the caravan. 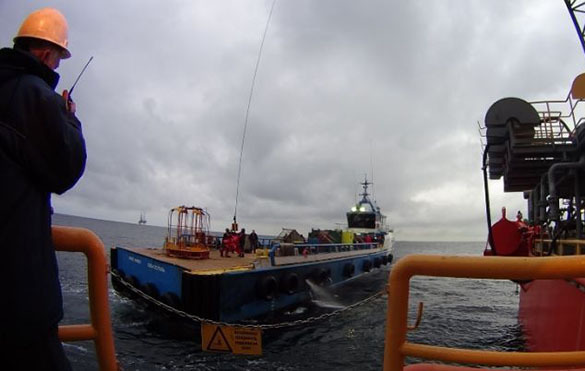 According to Chernomorneftegaz representatives, "an unidentified merchant ship under the Turkish flag" appeared on the way of the caravan and impeded the movement of the drilling platforms in violation of all international Regulations for Preventing Collisions at Sea.

"The captain of the Turkish vessel did not establish radio communication with escorting ships, nor did it respond to our calls," company representatives said.

A patrol boat of the FSB and a missile boat of the Russian Black Sea Fleet forced the Turkish-flagged vessel to change the course, the company said.

The platforms were removed from the Odessa gas field to the territorial waters of Russia in connection with the complex international situation, company officials also said. It goes about B-312 and B-319 platforms worth more than 25 billion rubles.

On December 14, a Russian warship had to open fire from small arms at a Turkish fishing boat that was not reacting to any warnings and signals from the warship. The Turkish vessel immediately changed the course.