Turkey has not given any clear explanation of how a Russian military man on board the Caesar Kunikov vessel violated the Montreux Convention as the ship was traveling through the Bosphorus, an official representative of the Russian Foreign Ministry, Maria Zakharova, said. 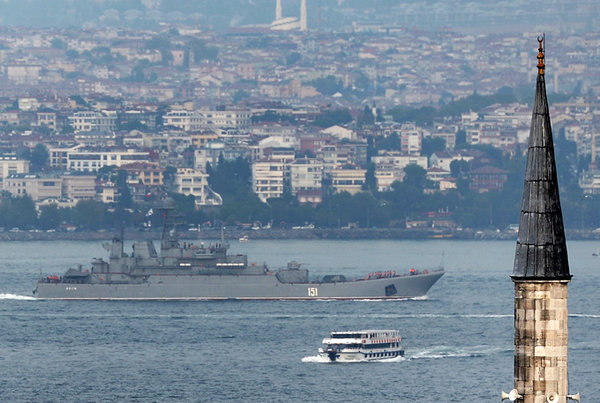 "When our diplomats asked the Turkish side to explain their point of view regarding the violation, they could not say anything intelligible but only made abstract references to the 'context and philosophy of international legal norms," said Zakharova.

At the same time, Zakharova said that the protection of the ship was a legitimate right of any crew. "I want to emphasize that the Russian ship did not violate any single article of the Montreux Convention from 1936 that governs issues of navigation in the Straits. The relevant provisions of relevant Turkish regulations were not violated either. Guarding a vessel is a legal right of any crew," she said.

The Turkish side expressed concerns to the Russian ambassador to the Foreign Ministry of Turkey after Turkey saw a Russian sailor with a MANPAD on the deck of the Ceasar Kunikov warship as the ship was passing through the Bosporus.

Ankara interpreted the incident as provocative and threatening.