Obama and Putin meet behind closed doors in Paris, bury world in thought

Russian President Vladimir Putin met with his US counterpart Barack Obama at the Climate Conference in Paris. According to Interfax, the meeting lasted for more than 30 minutes and took place behind closed doors. 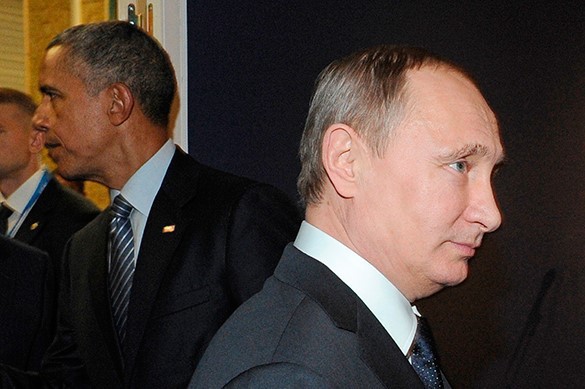 During the meeting, Barack Obama expressed regret in connection with the downing of the Russian Sukhoi Su-24 aircraft by the Turkish Air Force over the territory of Syria. The presidents discussed the state of affairs in Syria and agreed on the need for the political regulation of the conflict. Putin and Obama also agreed on the need to implement the Minsk Accord as far as the crisis in Ukraine was concerned.

According to White House officials, Obama told Putin that Bashar Assad's removal from power should become a part of the political regulation of the conflict in Syria.

Prior to the meeting, Putin's aide Yuri Ushakov said that the US had not sent a request for a meeting between the leaders of Russia and the United States.

Today's meeting in Paris has become the second meeting between Russian President Putin and US President Obama in November. On November 15, 2015, Putin and Obama held a tete-a-tete 20-minute conversation at the G20 summit in Antalya, Turkey. The presidents discussed the situation in Syria, including the fight against the Islamic State terror group, as well as the situation in Ukraine. Putin's press secretary Dmitry Peskov said that the meeting between the two leaders was constructive, but could not become a crucial one.